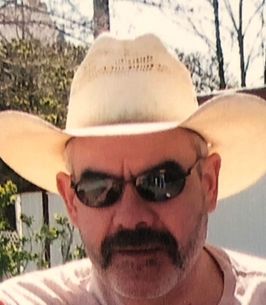 Share this tribute
Memorial Candles Lit for William | SEE ALL
Light a Candle
"We are honored to provide this Book of Memories to the family."
— Fausett Mortuary - Price
Funeral Details Memory Wall Photos & Videos Send Flowers

Obituary for William May "Bill" Anderson

Print
William “Bill” M. Anderson passed away unexpectedly at his home on November 10, 2018.

Bill was born in Salt Lake City, Utah on February 16, 1961 to Dee and Venus May Anderson. Since he was a late in life baby, he enjoyed the luxury of being loved and spoiled by his nieces and nephews. Bill dearly loved his sisters and an older brother who constantly gave him good advice.

After graduating from high school, he moved to Huntington, Utah to seek work in the coal mines. That occupation became his passion. He worked at Deer Creek, Genwall, Consol, West Ridge and Lila Canyon. After moving to Huntington, he met the love of his life, Carla Rae Stokes and they were married on a beautiful spring day in Huntington Canyon on June 24, 1990

He enjoyed his position as a boss and according to Bill he had the most awesome crews in the mine. The men enjoyed his sense of humor and if you were a friend to bill you were a friend for life. Bill enjoyed riding horses and did so every chance he got. He owned some amazing cow dogs.
Bill and Carla have two awesome children. Casey William Anderson and Crystal Rae Hansen. Bill’s greatest love in this world have been Casey and Crystal and three of the most Beautiful little grandbabies in this world Brinley, Braelyn and Brielle.

Coal trucks driving down the highway would honk at Bill as he was pulling a little red wagon with his three little girls enjoying the ride while holding their favorite toys. Bill, known as “Pops” to the girls would do anything in the world for them and they knew it.

To send flowers to the family of William May "Bill" Anderson, please visit our Heartfelt Sympathies Store.

We encourage you to share any memorable photos or stories about William. All tributes placed on and purchased through this memorial website will remain on in perpetuity for future generations.

Our uncle our friend!
Natalee and Aimee - Wednesday November 14, 2018 via Memorial Tree
Share This:

“We love you baby brother with all of our hearts and Oh, how we will miss you, Billy! Live on in the beauty of the land you so loved!!"
Diane, Marsha, Cynthia and Jer - Tuesday November 13, 2018 via Memorial Tree
Share This:

K
I had the pleasure of working with Bill for almost 6 years, he was one of my favorites! Always joking around and making all of us office girls laugh. My favorite saying will always be “we would like your permission to go to work Miss Kim” ❤️
He was Great man and I know I can speak for everyone in the office and say He will be Truly missed!
Thoughts and Prayers go out to his loved ones. 🙏🏼
Kimberly Draves - Monday November 12, 2018 via Condolence Message
Share This:
1
Page 1 of 1
Share
×

Send flowers to the family
Choose from beautiful standing, table and basket arrangements. Safe and secure online ordering.
View Flower Arrangements
What has already been purchased for the family?
Family Log-In