To share your memory on the wall of Wade Robbins, sign in using one of the following options:

Print
Wade Scott Robbins passed on August 4th 2019 at the age of 39. Wade was born in Provo, Utah, to Leslie Mackey French and Scott Kay Robbins on May 9, 1980.

Wade’s greatest joy was being a loving son, father, brother, cousin and uncle. ... Read More
Wade Scott Robbins passed on August 4th 2019 at the age of 39. Wade was born in Provo, Utah, to Leslie Mackey French and Scott Kay Robbins on May 9, 1980.

Wade’s greatest joy was being a loving son, father, brother, cousin and uncle. He wore his heart on his sleeve and was willing to drop anything to help his family and friends. His greatest joy was restoring cars and this was also his work ambition as Auto Body Technician.

Wade spent most of his life in the Utah County area, where he attended schools in Alpine School District. Wade loved the outdoors camping, boating and spending time fishing on the lake.

Wade is survived by his son, Jaxson Ryder Robbins, who was his world and the light of his life. Also survived by his parents, Leslie and Lee French and Scott and Laura Robbins; brothers and sisters, Brett Anderson (Kristen), niece Sky Lynn Anderson, Casey French (Rachelle), Sarah French (Dave), Dustin French, Nicole French, Tyson J Robbins (Ahli) and Travis C Robbins (McKinsay), 7 nephews and 5 nieces, Grandmothers Gaynell Mackey and Wanda Robbins and many other loving relatives that will miss him deeply.

He was preceded in death by his Grandparents Darrell and Doris Mackey and Kay Robbins. other family members who were waiting for him with open arms. A "Celebration of Life" will be held August 15, 2019 at Legacy Funerals and Cremations at 6:00 p.m.

To send flowers to the family or plant a tree in memory of Wade Scott Robbins, please visit our Heartfelt Sympathies Store.

Receive notifications about information and event scheduling for Wade

We encourage you to share your most beloved memories of Wade here, so that the family and other loved ones can always see it. You can upload cherished photographs, or share your favorite stories, and can even comment on those shared by others.

Posted Aug 13, 2019 at 02:03am
I am so sorry for ur loss, my deepest sympathy goes out to you all. I pray u all have wonderful memories of all the good times he had shared with all the people he loved and brought joy to there life's by knowing him. Wade was so special to so many people and such a beautiful spirit he will be missed but never forgotten. Rest now Wade u are finally at peace. My deepest sympathy goes out to my friend Leslie and his son.
Comment Share
Share via:
LJ

Posted Aug 10, 2019 at 12:51pm
Wade has been my greatest and Best friend for 12 yrs. I considered him my brother. My kids loved him! They would hear his truck and run to the door "Wade is here " I could call him for anything, fixing my cars or just to talk. Always talking and showing me pictures of Jax. He could count on me and I on him. He drove me nuts making a mess in my kitchen. I worried about him and he would give me a hug and tell me he will talk to me later. I am sick over this and at times hated that loud truck but i would do anything to hear it pull in my driveway right now. I already miss him.. I Love you Wade RIP my friend 😢😭😣
Comment Share
Share via:
MS

Posted Aug 10, 2019 at 12:30am
I knew Wade his entire life. I remember his mom bringing him home as a premie; and joking with her about how big her turned out to be. Never once have I had a negative thought or experience with Wade. He was a kind and gentle soul. Heaven gained greatness when Wade appeared. My deepest condolences to my dear friend, Leslie.
Comment Share
Share via:

Posted Aug 08, 2019 at 11:51pm
He was always so willing to please that I was a total bratt and made him give boys my phone number at the pool all the time 😂 we spent almost every summer at the pool in one way or another. He was such a good wingman! I had forgotten how much time we spent together because he was always just there and never to far. We always kept in touch, he was invested in my life and made me laugh so much. We got in trouble a time or two (mostly by me) lol. There was a time he wanted to change my oil probably age 14 or 15, he loved to tinker. So I let him and he forgot to put the cap on and left it under the hood and shut it. We drove for a bit and noticed a bubble slowly forming on the hood. Lol! It left a dent that looked like a big zit. It was so funny I couldn't be mad at him. So many times he did things for me without hesitation. He loved helping! We are all so blessed to have had him in our life. I wish it had been more and I hope he will always know how much he meant to me. I love you.
Comment Share
Share via: 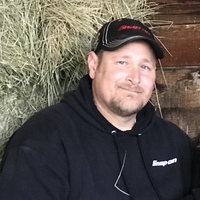 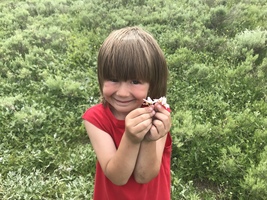 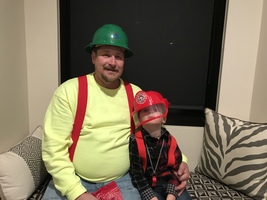 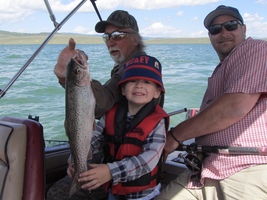