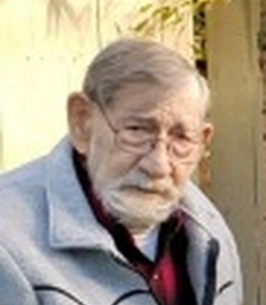 Val was born on April 10, 1937 in East Millcreek, Utah to Wilmer Henry Florence and Mabel Mae Wilkinson Florence. He had an adventurous childhood that was filled with the love and support of a large family. He served in the military where he was stationed in Germany. After his military service, he began his life-long career as a welder. He met Elodee Jones in Scofield, Utah and they were married on June 22, 1989 in Ely, Nevada. The marriage was later solemnized in the Salt Lake City LDS Temple on February 15, 1993.

Val loved playing his guitar and was a talented musician. He traveled to Bluegrass Festivals where he participated in the festival events and entertained the crowds with his music and charismatic personality. Every year he looked forward to the annual “brothers fishing trip” at Lake Powell. Val will be remembered for his remarkable sense of humor, kind, gentle and loving soul.

Val is survived by his wife, Elodee and his children; Ron (Constance), Jace (Sherry), Darren, Angie, Kelly and stepson Kenny (Shauna) Jones. He was blessed with 16 grandchildren, 37 great-grandchildren and one great-great grandchild.

Funeral services will be held Thursday, January 7, 2021 at 2:00 pm at the Price 6th Ward, 303 West 500 South, Price, Utah. There will be a viewing one hour prior to the service. Following the services, a dedication of the grave will take place at Cliffview Cemetery, 1850 East 800 North, Price, Utah.

Services will be live streamed on the Fausett Mortuary Facebook Page.