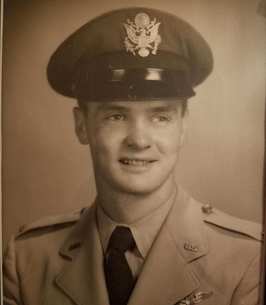 Share this tribute
Memorial Candles Lit for Thomas | SEE ALL
Light a Candle
"We are honored to provide this Book of Memories to the family."
— Fausett Mortuary - Price
Funeral Details Memory Wall Photos & Videos Send Flowers

Print
Thomas Drew Richards was the first born child of Julia Adelaide and Drew Richards. He was born November 22, 1931 in Huntington Utah. He had five younger siblings, but was probably closest with his cousin LeVell King.

Growing up he loved to hunt, fish, and explore the wilderness. In high school he excelled in many different sports, was part of the school band, and participated in the drama club. Outside of school, he worked in his Dad's coal mine.

He graduated high school in 1950 and soon after joined the Air Force where he became an officer and a fighter pilot. He was stationed in Germany and France, for a year each. He also got the opportunity to travel to many other places during his enlistment; including Spain, Iceland, and Africa.
After being honorably discharged he came home and decided to serve a mission for the church. He was called to Brazil, where he learned his fourth language.

After returning home from his mission he moved to California and met the love of his life. He married Vicki and they had five children together. As a family they lived in California, Utah, and Nevada. When he and Vicki retired they bought their final home in Lehi, and settled back in Utah.

In his free time Thomas dedicated his life to his family, his church, and his community. He was called to serve in the temple as an interpreter. He volunteered every week in the genealogy library, and he was also a home-teacher to other members of his church.

Above all of his many accomplishments, skills, talents, adventures, and extraordinary experiences he took the most pride in being a family man and a servant of The Lord.

He leaves behind five children, nine grandchildren, and his first great-grandchild is expected by the end of this year. He leaves us to join his beloved wife and his heavenly father.

Never was there a better example of a man- A husband, a father, a grandfather, a brother, a friend, a neighbor, or an American. He was greatly respected, loved by many, and will be truly missed.

To send flowers to the family of Thomas Drew Richards, please visit our Heartfelt Sympathies Store.

We encourage you to share any memorable photos or stories about Thomas. All tributes placed on and purchased through this memorial website will remain on in perpetuity for future generations.

Send flowers to the family
Choose from beautiful standing, table and basket arrangements. Safe and secure online ordering.
View Flower Arrangements
What has already been purchased for the family?
Family Log-In