To share your memory on the wall of Shirl Larsen, sign in using one of the following options:

He lived with his parents in Leland, Utah in the John Koyle home, attended Spanish Fork High School and later attended classes at BYU. He enlisted in the US Merchant Maritime Service, and completed Cadet Officer Training in New York City. He served in the South Pacific and Japanese Seas as Ship’s Communications Officer. After being honorably discharged in 1946 he returned home and married Barbara Jean Sizemore.

He was employed by US Steel at the Geneva Works for 19 years and attended BYU and the Utah Technical College. In 1969 he was transferred to the Houston US Steel Mill in Baytown, Texas where he served as the Personnel Manager.

He also was on the Lee College Advisory Board, the President of the Houston Chapter of American Society for Training and Development, the Commissioner of the Boy Scouts, a member of the Baytown Chamber of Commerce, served on Industrial Society of Engineers, and was a member of the San Jacinto Country Club and Pasadena Elks Lodge.

After retiring from US Steel, he started a second career with the Utah State Office of Education, finally retiring after ten years.
He enjoyed cross country motorcycle riding with Barbara on the seat behind him, playing golf, listening and dancing to jazz music, and traveling. Preceded in death by his wife, Barbara Jean Sizemore.

Special thanks to Legacy House staff for the unconditional love and exceptional care that they gave to him, for his special friends Scotty and Kaye, for Logan Porter and Corrie Braithwaite and the amazing staff of loving caregivers from One Care Hospice.

To send flowers to the family or plant a tree in memory of Shirl Moore Larsen, please visit our Heartfelt Sympathies Store.

Receive notifications about information and event scheduling for Shirl

We encourage you to share your most beloved memories of Shirl here, so that the family and other loved ones can always see it. You can upload cherished photographs, or share your favorite stories, and can even comment on those shared by others.

Posted Sep 09, 2019 at 01:06pm
Sweet Shirl you bring wonderful memories on the bus rides. You knew everything about Spanish Fork. Loved your stories on the dream mine. You hugs in the morning. You still make me smile when I said one day. Shirl you remind me of my Dad. You replied with the biggest smile Well then your Dad must of been one handsome man. Ha ha blessed to have got to meet you at Legacy House. Always forever a good friend Flo.
Comment Share
Share via: 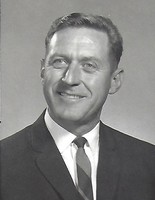