To share your memory on the wall of Sally Ackerman, sign in using one of the following options:

In 1965, she was married for time and eternity to Merrill Andrew Jensen, having met each other because her sister was married to his brother. Merrill and Sally had three sons: Jerry, Ron, and Brian. Her boys took special pride in their unique relationship of having double cousins, and were best friends with the cousins they worked the farm with.

Sally’s world changed in the late 1970s when she was diagnosed with Schizophrenia. Even through battling this mental illness and the impact it had on her whole body for the next 40 years, Sally was full of love. She enjoyed music, poetry, walking outdoors, and being with her family. She was a life-long member of the Church of Jesus Christ of Latter-day Saints.

Sally is survived by her sons, Jerry (Manti, Utah), Ron and his wife Jennifer (Spanish Fork, Utah), and Brian (Price, Utah); 19 grandchildren; two great-grandchildren and two on the way; sister Marcia and Rod Abramowski (St George, Utah), and sister Ann and Ken Payne (Roy, Utah). She was preceded in death by her parents, two sisters, three brothers, and two grandchildren.

Sally will be laid to rest in Monroe, Utah, next to her parents, whom she missed greatly and spoke of often. A celebration of life will be held in the Spring.

Family and friends may sign the online guestbook and share memories of Sally at www.fausettmortuary.com.
Read Less

Receive notifications about information and event scheduling for Sally

There are no events scheduled. You can still show your support by sending flowers directly to the family, or planting a memorial tree in memory of Sally Jane Ackerman.
Plant a Tree

We encourage you to share your most beloved memories of Sally here, so that the family and other loved ones can always see it. You can upload cherished photographs, or share your favorite stories, and can even comment on those shared by others.

Plant a Tree in Memory of Sally
Plant a tree 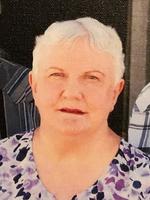