To share your memory on the wall of Russell Carter, sign in using one of the following options:

Jim loved being in the outdoors. He enjoyed camping, fishing, and traveling the world around him when he was able. He liked to be in the company of good friends and good music. He spent as much time as he was able with his grandchildren. In his working years, Jim worked hard to provide for his family. Jim also loved to sew and create items. He was very creative.

The family would like to thank the doctors and nurses who cared for Jim in his final moments. Your thoughts and actions are much appreciated.
Read Less

Receive notifications about information and event scheduling for Russell

There are no events scheduled. You can still show your support by sending flowers directly to the family, or planting a memorial tree in memory of Russell James Carter.
Plant a Tree

We encourage you to share your most beloved memories of Russell here, so that the family and other loved ones can always see it. You can upload cherished photographs, or share your favorite stories, and can even comment on those shared by others.

Plant a Tree in Memory of Russell
Plant a tree 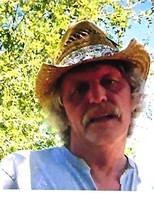