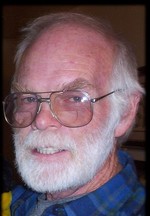 Ron was born in Spanish Fork, Utah to Leo John Mason and Helen Mason. He married Linda (Bona) Mason
in August of 1966 and together they had five children.

Ron served in the United States Navy. He was a hard worker, a loyal friend, and the best dad.
He was an avid gardener. He enjoyed the outdoors, camping, hunting, fishing, and spent many
summers with his family on vacations.

He is survived by his wife, Linda, and his children, Ronda, Boyd, Brent, Rian, Alicia, nine grandchildren and four
great-grandchildren, his brother Rick Mason and sister Patricia Collings.