To share your memory on the wall of Robin Tatton, sign in using one of the following options:

A Celebration of Robins life will be held at a later date.

Family and friends may share memories of Robin at www.fausettmortuary.com
Read Less

Receive notifications about information and event scheduling for Robin

There are no events scheduled. You can still show your support by sending flowers directly to the family, or planting a memorial tree in memory of Robin Christine Tatton (Hall).
Plant a Tree

We encourage you to share your most beloved memories of Robin here, so that the family and other loved ones can always see it. You can upload cherished photographs, or share your favorite stories, and can even comment on those shared by others.

Posted May 04, 2019 at 12:42pm
We're so sorry for your family's loss. May the thought at Acts 24:15 in God's Word the Bible encourage you all. "There will be a resurrection." Wishing you strength and comfort.
Comment Share
Share via:
JB

Posted Apr 16, 2019 at 05:37pm
We are happy we were able to get to know Robin and that she joined our Tatton family as Brent's wife. Their life together was cut short, the time they had together was always full of good times. Our condolences go out to Robin's family and may she RIP now without pain and suffering. Cory, Joan, Amber, Cambri, Cam and Sam.
Comment Share
Share via: 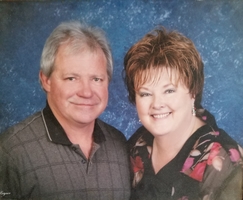