To share your memory on the wall of Richard Diamond, sign in using one of the following options:

Provide comfort for the family of Richard Diamond with a meaningful gesture of sympathy.

Richard Diamond passed away February 2, 2019 at the Mervyn Sharp Bennion Central Utah Veterans home. He was born November 25, 1934 to Martin & Merle (Allred) Diamond.
Richard joined the military in 1953 where he served his country for 11 years.

On February 28th, 1955 he married his sweetheart Colleen Kitchen in Spanish Fork, UT. They were later sealed in the Provo Temple along with their 9 children. Richard was a faithful member of The Church of Jesus Christ of Latter Day Saints, where he served in many capacities, including a temple worker in the Manti temple.

Funeral services will be held Saturday, February 9th 2019 at 11:00 am in the Heritage Funeral Home, 620 North Main St., Huntington, Utah. Interment will be in the Huntington City Cemetery with Full Military Honors.

Family and friends may sign the online guestbook and share a memory of Dick at www.heritagefuneralhomeutah.com.
Read Less

We encourage you to share your most beloved memories of Richard here, so that the family and other loved ones can always see it. You can upload cherished photographs, or share your favorite stories, and can even comment on those shared by others. 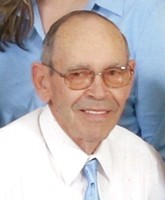