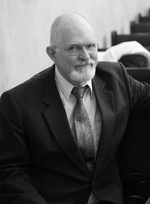 Our amazing father and grandfather passed from this mortal life on January 27, 2019 with his family
lovingly surrounding him.

Richard Lynn Creer was born to Ronald “Bonnie” and Beth (Rose) Creer on August 7, 1944 in Spanish
Fork, Utah. His early years were spent in Leland, Utah and he graduated from Spanish Fork High School
in 1962. He married his sweetheart, Judy Ileen (Henline) on December 4, 1964. They were later sealed in
the Salt Lake City Temple and had just celebrated their 54th year of marriage.

Richard's family was the center of his life and he was always the happiest when he was surrounded by
his children, grandchildren and great grandchildren. He never met a stranger that stayed a stranger for
long, and he was known for opening his heart and his home to anyone in need.

Richard is survived by his beloved wife Judy and their 4 children; Bonnie Lynn (Troy) Reyes, Charles
Richard (Ashley) Creer, Kyle Dain (Emily) Creer and Raynee Creer (Jeramie Hansen). Also of special
mention are Jeffrey Wagner and Sarah Lamb, though not his children by blood, he considered himself
their dad, their children his grandchildren and made room in his heart for them all.

His legacy includes 21 grandchildren, 3 great-grandchildren and countless other young men and women
that he took it upon himself to love as he would his own at the times they needed it most. He leaves
behind a big sister, Joyce (Mack) Brown and 2 younger brothers, Douglas (Kathy) Creer and Curtis Creer.
He was preceded in death by his parents; 3 older brothers, Craig, Charles, and Deloy (Joan) Creer plus 2
sisters Shauna and Vera Creer.

We will miss him dearly but we are comforted to know that we are forever his, he is forever ours and we
will be together again someday.


We welcome all that remember him to attend and share a story of how he touched their life.
Many thanks to the Doctors that have cared for him over the years and to the caring hands of his home
health aide and hospice nurses that helped to ease his pain these last few months.