To share your memory on the wall of Phebe Peterson, sign in using one of the following options:

Print
Phebe Amelia Peterson passed away on September 4, 2020. She was born on August 5, 1925 in Layton, Utah to George Fredrick Ellis and Phebe Ellen Porter Ellis and was the oldest of nine children.

She grew up in Layton and attended schools ... Read More
Phebe Amelia Peterson passed away on September 4, 2020. She was born on August 5, 1925 in Layton, Utah to George Fredrick Ellis and Phebe Ellen Porter Ellis and was the oldest of nine children.

She grew up in Layton and attended schools in Layton until 8 th grade. 7 th grade was at North Davis Jr High School in Clearfield, Utah. She attended 10 th and 11 th grades at Davis High School in Kaysville, Utah. In June 1968 Phebe received her High School diploma from Eureka High School in Eureka, CA at age 43 for which she was proud of.

Phebe was active in the Church of Jesus Christ of Latter-day Saints. She served as secretary, MIA activity counselor, visiting teacher, magazine representative, Relief Society President, teacher in Relief Society, Primary and Sunday School. In 1954-1956 she served a stake mission in the Carbon Stake. She also served a mission as an LDS employment worker and genealogy mission for Wellington Stake. She completed LDS girl’s camp training and was also a camp group leader and was an honorary Beehive girl and a Golden Gleaner.

Phebe was also a member of the Daughters of the Utah Pioneers and volunteered for over 30 years at the Castleview Hospital as a Pink Lady.

She has lived in Kingman, Arizona, Eureka, California and Wellington, Utah.

Phebe is survived by one stepdaughter by marriage to Cloye Peterson; Sharra Booth of Highland, UT ; 12 grandchildren; 43 great grandchildren and 37 great- great grandchildren and lots of nieces and nephews. She is also survived by a brother John (Chris) of Buckeye, AZ and one sister; Sarah Janet Fink of SLC, UT. Her siblings blessed her with several nieces and nephews, which she adored. She also had many dear friends and loved traveling with some. She rarely missed sending a card to many for every occasion and on every holiday.

Preceded in death by parents, husband Cloye and also Glen Beal and Earl Pate and many others.

A viewing will be held Saturday, September 12, 2020 at Fausett Mortuary, 680 East 100 South, Price from 9:30 – 10:45 am. A funeral service will follow at 11:00 am. Due to Covid please join us on the Fausett Mortuary Facebook page for a live stream of the service or watch later at any time. Interment will be at the Cleveland Cemetery under the direction of Fausett Mortuary.

Family and friends may sign the online guestbook and share memories of Phebe at www.fausettmortuary.com.
Read Less

To send flowers to the family or plant a tree in memory of Phebe A Peterson, please visit our Heartfelt Sympathies Store.

Receive notifications about information and event scheduling for Phebe

We encourage you to share your most beloved memories of Phebe here, so that the family and other loved ones can always see it. You can upload cherished photographs, or share your favorite stories, and can even comment on those shared by others.

Tammy Ellis James and family sent flowers to the family of Phebe A Peterson.
Show you care by sending flowers

Posted Sep 16, 2020 at 04:27pm
Phebe gave belongings of my dad Tom Ellis after he passed she
Gave to Donna to give to me. For myself and my 2 brothers. She cared.
Comment Share
Share via:
JP

Posted Sep 12, 2020 at 11:48am
She was the sweetest just like her mom who was kind and generous she was a candy stripper and she helped my friend when he was there and he was grateful she was there and made him feel more comfortable
Comment Share
Share via:
TF

Tammy Ellis James and family purchased flowers and planted a memorial tree for the family of Phebe Peterson. Send Flowers 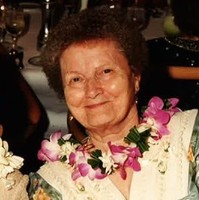 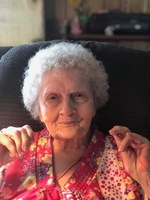