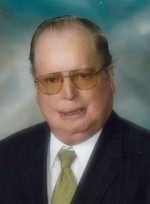 Parley Delile Hinkins was born on March 1, 1932 in a small coal mining camp in Rains, Utah. His mother, Erma Alice Davis, and his father, Parley Hinkins, Jr, welcomed their third child and first son into their home. At a young age Delile showed his love for nature and animals. He would be seen all over the coal mining camp with the camp donkey or one of the horses, chickens or goats. He was most at home on the back of a horse. He grew into a young cowboy chasing wild horses out on the desert.

As a young man he lived in Huntington where he excelled in baseball, basketball and track. On February 21, 1950, when he was 18 years old, he married his South Emery High School sweetheart, Elda Luke. They celebrated their 70th wedding anniversary this year. Their story is one of young love that blossomed and flourished. Encouraged by his dad, once married he dropped out of high school and began working in the coal mines alongside of his father to support his family.

Soon he and his loving wife welcomed their oldest daughter, Paulette, into their home and he could often be heard singing “You Are My Sunshine” to her. They soon brought two more children, David Parley and Ross Delile into their family. Baby number four was on the way when tragedy struck. Delile was working at American Fuel Mine when a fellow worker caught on fire. As chaos ensued, Delile selflessly took the most direct path to him, off a cliff and down a tree, running towards the co-worker to try and put out the flames. As he attempted to save his co-worker, coal dust exploded and Delile was engulfed in flames as well. He was badly injured with 2nd and 3rd degree burns over 80 percent of his body. It took over a year, and many painful surgeries and skin grafts, but he was able to return to his family of six. Todd Scott had entered into the world by then. Delile survived, then thrived with the love of his life by his side, and within a few years Nanette and McKette blessed their home.

Delile continued to work in the mines for years after the accident, then became a mine inspector and ended his career as a salesman for his son's business until 80 years old.

When his oldest daughter was 21 she married Robert Kay Hansen, and gave birth to his first grand child, Christy Kaye Hansen. When the baby was only four months old Paulette and Kay were killed in a car accident. Following the tragedy, Delile and Elda raised Christy as their own.

His family was blessed with his example of living the Gospel of Jesus Christ as he served in church callings and served in the Richmond, Virginia Mission for the Church of Jesus Christ of Latter-day Saints with Elda.