To share your memory on the wall of Morten \"Pete\" Carter, sign in using one of the following options:

Print
Morton “Pete” Carter passed away unexpectedly in Springville, Utah on December 22, 2018 at the age of 83.

Pete was born on June 6, 1935 to William and Nellie Carter in Sutherland, Nebraska. He moved to Springville at age of four. Pet... Read More
Morton “Pete” Carter passed away unexpectedly in Springville, Utah on December 22, 2018 at the age of 83.

Pete was born on June 6, 1935 to William and Nellie Carter in Sutherland, Nebraska. He moved to Springville at age of four. Pete attended local schools and graduated from Springville High School where he excelled in varsity sports. He met the love of his life, Audrey Hermansen, while attending Snow College in Ephram, Utah. They married on September 19, 1958 in the Manti Temple and started their family in Springville. He proudly served his country in the National Guard.

Pete was employed by PDM Steel for the majority of his working career, where he was a foreman. He served in many different callings within The Church of Jesus Christ of Latter-day Saints. He was passionate about woodworking, fishing and most notably his Christmas yard decorations that adorned his house at the mouth of Hobble Creek Canyon for the past 30 years; he was affectionately known to some as Springville’s Mr. Christmas.

He is survived by his wife of sixty years, Audrey, a son Tom (Jana) Carter of Mapleton, daughters Julie (Bill) Wilkinson of Hanford, California, Jenny (Phil) Funk of Kaysville, and Diana (Bryce) Bray of Springville, thirteen grandchildren and one great grandson.

A viewing will be held on Wednesday, December 26 at the Hobble Creek Stake Center, 495 South Canyon Road, Springville, from 6-8 P.M. The funeral will be held at the same location on December 27 at 11 A.M. with a visitation from 9-10:30 A.M. In lieu of flowers, please donate to the Alzheimer Research Foundation.

Additional information can be found at www.legacyfunerals.com.
Read Less

To send flowers to the family or plant a tree in memory of Morten "Pete" Carter, please visit our Heartfelt Sympathies Store.

Receive notifications about information and event scheduling for Morten "Pete"

We encourage you to share your most beloved memories of Morten "Pete" here, so that the family and other loved ones can always see it. You can upload cherished photographs, or share your favorite stories, and can even comment on those shared by others.

Posted Dec 27, 2018 at 12:51pm
Just read of Petes passing this morning. So sorry to have missed his services. He was always so sweet and welcoming to me. Love your family so much-

Posted Dec 27, 2018 at 10:40am
On behalf of the Otto family, we're so sorry to hear of your loss. Diana, I have no doubt your father was well cared for, as we witnessed your love and care for our own dad.
- Sue Otto Hall
Comment Share
Share via:

Posted Dec 26, 2018 at 12:13pm
So sorry for your lost my heart goes out to you and your family Nora Carter (Michael. Carter's wife)
Comment Share
Share via:
JH 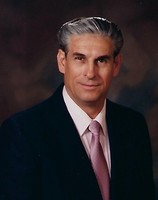