To share your memory on the wall of Michael Huntsman, sign in using one of the following options:

Michael was born February 9, 1943 to Delbert and Kathleen Woodham Huntsman in Overton, Nevada. He is the third of seven children and was reared pri... Read More
Michael Alan Huntsman, age 76, passed away peacefully January 28, 2019 in Cleveland Utah.

Michael was born February 9, 1943 to Delbert and Kathleen Woodham Huntsman in Overton, Nevada. He is the third of seven children and was reared primarily in Pleasant Grove, Utah. He graduated from Pleasant Grove High School in 1961 and Welltech Electronic School in Salt Lake City Utah in 1962. He received a scholarship to play football at Snow College, and he attended BYU also.

Michael married the love of his life, Camille Patch Huntsman, on December 29, 1965 in the Salt Lake City, Utah Temple. The two reared eight children, five girls and three boys, together in righteousness and love. His children gave him 32 grandchildren and four great grandchildren.

Michael was a devout member of the Church of Jesus Christ of Latter-day Saints (LDS). At twenty years of age, he served a mission for the Church to Southeast Mexico and spoke fluent Spanish the remainder of his life. He served twice as a Bishop for the Church, and five times in other bishoprics. He and his wife served two LDS missions, the first in Honolulu, Hawaii Mission, Polynesian Culture Center, and the second in Independence, Missouri.

Professionally, Michael worked in the commercial construction industry as a Superintendent of Construction for the Scriba Power Plant in Scriba, NY, and a Construction Maintenance Supervisor for the Emery County School District in Castle Dale, UT.

Michael’s viewing is Friday, January 3, 2020 from 6pm to 8pm in the Cleveland, Utah LDS Chapel at 355 W. 100 N. in Cleveland, UT. His funeral is Saturday January 4, 2020 at 11am with viewing two hours before services. Interment at Cleveland Cemetery.

Family and friends may sign the guest book and share memories of Mike at www.fausettmortuary.com
Read Less

To send flowers to the family or plant a tree in memory of Michael A. Huntsman, please visit our Heartfelt Sympathies Store.

We encourage you to share your most beloved memories of Michael here, so that the family and other loved ones can always see it. You can upload cherished photographs, or share your favorite stories, and can even comment on those shared by others.

The Fellas sent flowers to the family of Michael A. Huntsman.
Show you care by sending flowers

Posted Jan 06, 2020 at 06:27pm
Mike and Camille lived near us for years in Ferron. We have great memories of all the times we spent with them having fun. We had children of similar ages so we had much in common.
We will never forget the time we were riding up the canyon. All at once Mike yelled, “Stop!” Robert threw on the brakes. Mike jumped out, picked something up and got back in the car. To our shock, it was a rattlesnake which he was holding securely near the head. We rode all the way back to Ferron with his prize possession.
Another time we looked out our window to see their backyard on fire.
Camille called one day in terror. They had lost Jared. We joined them along with other neighbors for an extensive search. At long last he was found curled up outside In a barrel sound asleep.
It was always fun and interesting with Mike around. He will be missed. Robert and Shauna Killpack

Posted Jan 02, 2020 at 10:20am
Mike was a great mentor to me. He has left a great mark in my life. I will always be grateful for his example and love.
Steve Gravley
Comment Share
Share via:
B

Posted Jan 01, 2020 at 08:55pm
In 2000 I was going in the hospital to have cancer removed. Bishop Huntsman and my brother in law gave me a blessing. I don't remember one word that bishop said but almost 20 years later thinking about it still gives me goose bumps. A very kind man. Love him his beautiful wife and family. Hugs, love and prayers of comfort to his family.
Comment Share
Share via:

Posted Dec 31, 2019 at 01:44pm
Our Sincere Condolences to Michael's family. Our prayers are with you during this time of sadness. The Brent and Terri Huntsman family.
Comment Share
Share via:
TF

The Fellas purchased flowers for the family of Michael Huntsman. Send Flowers 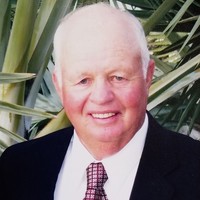