To share your memory on the wall of Marvon \"Ellis\" Willson, sign in using one of the following options:

Passed away at his home with his children surrounding him on February 25, 2021. He was born October 19, 1934 in Price Utah to Myron Willson and Ada Marie Winder Willson.

Passed away at his home with his children surrounding him on February 25, 2021. He was born October 19, 1934 in Price Utah to Myron Willson and Ada Marie Winder Willson.

He married LouJean Golding May 6, 1954 in the Manti LDS Temple. Together they raised 5 great children.

Ellis was raised in Elmo Utah and as a young boy he worked along side his mother and father doing farming, ranching and any work that needed to be done. When he was old enough along with working with his parents he would also work for other relatives and other farmers in town to help them and earn a little money to help out his family. As a young man he learned the value of work and helping others and was always willing to help anyone that needed help no matter who they were throughout his life.

After he married he worked for a few different ranchers and a few other jobs to provide for his family. He started working for a gas company in 1954 which was the beginning of his carreer in the the propane business which lasted over 50 years in that industry. After leaving his final job in the propane industry he was asked to serve on the LP Gas Board for the State of Utah where he served until last year. He also owned and operated Willsons Auto Salvage. He owned a gas station and mechanic shop in Wellington Willsons American. He also owned and operated Willsons Ranch in Elmo.

He was an active member of the Church of Jesus Christ of Latter Day Saints through out his life and served honorably and to the best of his ability in many callings in the church which included Counselor in many Bishoprics and as Bishop for 11 years. He later was called as the Executive Secretary for the Wellington Stake Presidency and served with many Stake Presidents as probably the longest amount of years ever served in one calling in the church.

Ellis also served his community on the Planning & Zoning Committee for Wellington City for many years and served his community well. Above everything else Ellis and LouJean loved and served their family, their 5 children and their grandchildren and great grandchildren. He had many special memories of outing, parties and just spending time with each of his family members. He also served his parents & siblings and would do anything that he could to help any of them. Ellis had a kind and loving heart and served everyone that he knew had a need regardless of who they were, because he cared about people.

Ellis was very busy with his job, businesses, church callings and family, but he always took the time to do everything he did to the best of his ability.

Ellis always had a sense of humor and loved to kid around or give anyone a hard time. He liked to laugh and make other people laugh. He would make a joke and tease to lighten the mood with any situation, even to the end when he was so wobbly and unsteady on his feet to hardly walk and he said I thought you would like a final dance.

Funeral Services will be Monday March 1, 2021 at 11:00 A. M. at the Wellington Stake Center with a viewing at 10:00 A.M. prior to the funeral. There will also be a viewing Sunday evening February 28, 2021 from 6:00 - 8:00 P.M. at Fausett Mortuary in Price. The funeral will also be available on live stream at the Fausett Mortuary Facebook Page, or the church website at the following link.

To send flowers to the family or plant a tree in memory of Marvon "Ellis" Willson, please visit our Heartfelt Sympathies Store.

Receive notifications about information and event scheduling for Marvon "Ellis"

We encourage you to share your most beloved memories of Marvon "Ellis" here, so that the family and other loved ones can always see it. You can upload cherished photographs, or share your favorite stories, and can even comment on those shared by others.

We extend our love and sincere condolences. Uncle Ellis has been such a good example of love and service over the many years. He has always put others first and has been a blessing to others throughout his life. We wish you love and comfort at this time.

Posted Mar 01, 2021 at 09:59am
What a great man Ellis was. The epidemy of of service to the Lord. We have enjoyed our relationship with him over the years. We wish we could join you for his service but the Covid scare keeps us away. May his memory live on in his children and his grandchildren. Our prayers are with you at this time. Brett and Jana Abrams
Comment Share
Share via:
RL

Posted Feb 27, 2021 at 01:30pm
Oh where do I begin. Ellis was a amazing man. I worked at the Wellington subway for 14 years and everytime he would come in I would say to him “there’s trouble” and he would reply “double trouble”. I loved seeing his smiling face everytime. He always lightened the mood. He will be dearly missed.
Comment Share
Share via: 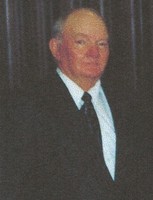