To share your memory on the wall of Kevin Mitchell, sign in using one of the following options:

Kevin was born September 28, 1954 in Provo, Utah to Oleah Brady Mitchell and Max Elliot Mitchell. He married Alene Black on November 8, 1974 and had two children Nichole and Lee. They were later divorced. He married Dian Confer on September 15, 1984 they had one son, Cody. Kevin was fortunate to receive in the marriage 4 bonus children, Darrell, Carol, James & Gina Paxton.

He worked at Geneva Steel until it closed. Kevin always wanted to work and live in Alaska. This dream came true when he got a job at MatSu Mechanical in Wasilla, Alaska in 2002. Dian also got a job in Wasilla and they moved to the Matanuska Susitna Valley in Wasilla. Kevin worked there until 2008 when he got a job at NANA at North Slope Oilfields in Prudhoe Bay, Alaska where he worked 3 weeks at Prudhoe Bay and then home for 3 weeks. They moved home to St. George in 2009 and Kevin continued to commute to Prudhoe Bay.

Kevin loved everything in the great outdoors, fishing in Alaska, hunting, camping, mountain rides and spending time with his Mom. He and Dian bowled for many years and competed in the National Bowling Finals. They bought a motorhome and spent all summers when Kevin was home at his Mom’s in Birdseye, Utah. He had a wish to retire soon and spend more time with family and exploring the great outdoors.

To send flowers to the family or plant a tree in memory of Kevin Brady Mitchell, please visit our Heartfelt Sympathies Store.

Receive notifications about information and event scheduling for Kevin

We encourage you to share your most beloved memories of Kevin here, so that the family and other loved ones can always see it. You can upload cherished photographs, or share your favorite stories, and can even comment on those shared by others.

Laura Brickley, David & Becky Waters and Family, and other have sent flowers to the family of Kevin Brady Mitchell.
Show you care by sending flowers

Posted Sep 13, 2019 at 02:55pm
Our thoughts and prayers are with you. Love Uncle Jr and Aunt Connie. Kurt and Laura Brickley . Ken and Merrilee Varela

Posted Sep 12, 2019 at 10:34pm
Dian and the Mitchell Family I am very saddened to hear of Kevin's Passing, we spent many years working together forming a friendship at Geneva and continued after. Life's journey took us in different directions over the last decade, but I've thought of him often and wished I could have been as good a friend to him as he was to me. He's a good man that will be missed by many, You are all in our thoughts and prayers, be strong and support one and another you've had time with one of Heavens Best!
I can't make the service, but will be in heart.
David and Becky Waters
Comment Share
Share via:
DF

Posted Sep 12, 2019 at 09:17pm
Wishing you peace to bring comfort, courage to face the days ahead and loving memories to forever hold in your hearts.

with love, Gary and kids

with love, Gary and kids purchased the Vivid Recollections for the family of Kevin Mitchell. Send Flowers 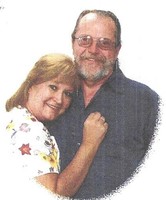