To share your memory on the wall of Jeffery Nielsen, sign in using one of the following options:

Provide comfort for the family of Jeffery Nielsen with a meaningful gesture of sympathy.

Print
Jeffery Bell Nielsen, 50, of Springville, Utah passed away unexpectedly from a brain hemorrhage. Jeff was born on July 4, 1968 in Provo Utah to Martin Harold Bell and Ruby Virginia McPhie.

He spent most of his life growing up in Provo ... Read More
Jeffery Bell Nielsen, 50, of Springville, Utah passed away unexpectedly from a brain hemorrhage. Jeff was born on July 4, 1968 in Provo Utah to Martin Harold Bell and Ruby Virginia McPhie.

He spent most of his life growing up in Provo at his grandma’s house where he always found a way of getting into mischief. He was a warm, kind and generous person who made friends easily and was always willing to help.

He met his wife Teresa (Terrie) Ann Becvar and got married on October 7, 1988. They had two children Jessica Rodriguez (Mikhail) and Eric Nielsen. He also has one grandson, Rayne. He loved them all so very much and love spending time with them.

Jeff held many jobs in his life. From technical support to customer service. Most recently he was working at the Smith’s Marketplace in Springville.

Jeff enjoyed many hobbies over the years. Some of his favorites were fishing, playing pool and hanging out with family and friends.

He is survived by his wife Terrie, his two children and grandson; two sisters, Heidi Provstgaard (Mike), Angela Davies (Brad), a brother David Nielsen (Jennifer) and his father Martin Bell. He is also survived by many other aunts, uncles, cousins’ nieces & nephews.

Jeff was preceded in death by his mother, Ruby, grandmother, Erma McPhie and uncle, DeVon McPhie.

Funeral services will be held Thursday, June 6, 2019 at 11:00 a.m. at the Springville Utah Hobble Creek West Stake Center Chapel, 555 South Averett Avenue, Springville, Utah. Family and friends may visit on Wednesday evening, June 5, 2019 from 6:00-8:00 p.m. at the Legacy Funeral Home, 3595 N. Main Street, Spanish Fork, Utah and on Thursday morning at the church from 10:00-10:45 a.m. prior to the service. Interment will be in the Evergreen Cemetery.
Read Less

We encourage you to share your most beloved memories of Jeffery here, so that the family and other loved ones can always see it. You can upload cherished photographs, or share your favorite stories, and can even comment on those shared by others. 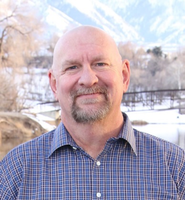