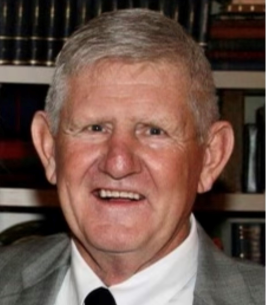 Our beloved husband, father, and grandfather, J Bradford (JB) Jensen passed away on December 15, 2021 during his sleep due to incidence of old age. He would have been 81 years old on his birthday five days later.

JB was born on December 20, 1940, in Ferron, Utah to Bradford A. and Leola Zwahlen Jensen. He was the third of four children and the only son in his family. JB spent his childhood living on the family farm in Ferron. He attended and graduated from South Emery High School, where he was a gifted athlete, especially in basketball. He was later able to play some college basketball at Southern Utah University and Brigham Young University (BYU). JB also spent 17 years serving in the US Army and Utah National Guard and we are proud of his service.

JB was an avid BYU sports fan, holding season tickets for many years in both football and basketball, while also attending many of the other sports. He had a few rules that he religiously followed: (1) you never came late to a game, and (2) you never left early no matter how much your team was winning or losing or how bad the weather was. This led to JB and his family being some the first in the stadium and some of the only fans left in the stands during big snowstorm football games. JB famously changed his initial wedding date with Gaylene Preston to accommodate a change in the BYU football schedule. Just prior to his death, he expressed his excitement that his beloved BYU would finally be in a P5 conference and that he could not wait to attend the first football game in the Big 12. Although this was not meant to be, we know he will be watching that game from his front row seats in the sky.

JB married Gaylene Kay Preston on September 7, 1968. They were later sealed in the Salt Lake Temple. They spent most of their married life living in West Jordan, Utah, while JB worked as a technician in the large meter department for Mountain Fuel in Salt Lake City. They are the parents of six children.

Gaylene died of ALS on October 6, 2007. This death brought great sadness to JB. Fortunately, in 2010 JB met Pamela Ann Maynes and they were married on October 29, 2010. Pam brought joy back into JB’s life and they were married for 11 years until his passing. This marriage also brought Pam’s three children and their families into JB’s life. JB and Pam made their home primarily in South Jordan, Utah. They were able to serve several missions for the Church of Jesus Christ of Latter-day Saints, most recently on Vashon Island in Washington. They loved and cherished that time together as they served our Father in Heaven.

JB was preceded in death by his wife Gaylene, his parents, and his sisters Lorraine Martinez, Jackie Sparks, and Mary Headricks.

Celebration of Life will be held on Monday, December 27, 2021 at Fausett Mortuary, 680 East 100 South in Price, Utah at 11:30am, with a viewing beforehand at 11:00am. Live-streaming will be available on Fausett Mortuary Facebook page. Interment to follow at the Price City Cemetery with military honors. Arrangements entrusted to Fausett Mortuary.