To share your memory on the wall of Henry Hall, sign in using one of the following options:

Henry was born January 7, 1935 to Major Frederic Hiller Hall and Lavina Cramer Hall. Hank was an army brat and traveled the world. He started off small being born at Ft. Lewis, WA, but gained a love of history and mankind as he traveled the world with his parents and brother Charlie. He spent time as a young boy in post WWII Germany as his father was assigned to Berlin and then Munich.

Henry went to high school in Seattle, WA, and it was there he was baptized a member of the Church of Jesus Christ of Latter-day Saints. Our dad loved the Lord and served a mission in Mexico. After his mission, he attended BYU. It was while he was at BYU, that his friends set him up on a blind date with a University of Utah nursing student. Ruth Marie Gold was a great catch, which is why they were able to overlook the college rivalry and were married September 9, 1960.

Henry and Ruth settled in Portland Oregon, where they raised six children. Henry started a tradition for his children of loving education and teaching. He taught for over 30 years in Oregon. Five of his six children have followed his example and work in the education field.

Serving his Father in Heaven was important to Dad. He was a bishop many times, a counselor in the Stake Presidency, a home teacher, and accepted any calling extended to him.

Exercise and running filled his free time for many years. He ran his first marathon at 50! At 70 he ran the Disney World half marathon and left many younger people in his dust. When he was no longer able to participate in sports, he loved to watch football and discuss the games with everyone, especially anyone who was a BYU fan.

Henry was and is a great dad. He taught us all to be hard workers, set an example of being honest in all that he did, and he loved his family. He leaves behind his children: DeeAnn Brewster; Marilee (Richard) Hullinger; Laura Hall; Larry (Sarah) Hall; and Elizabeth (Loren) Ramsey; 14 grandchildren and 7 great-grandchildren; and sister-in-law Gayle Hall. Preceded in death by his sweetheart Ruth-Marie; son Ricky; his parents; and his brothers (Bob Raynor, John Raynor, and Charlie Hall).

A special thanks to the assisted living staff at Morning Star and to all of those who loved our dad.

Condolences can be shared at www.legacyfunerals.com.
Read Less

To send flowers to the family or plant a tree in memory of Henry Hall, please visit our Heartfelt Sympathies Store.

Receive notifications about information and event scheduling for Henry

We encourage you to share your most beloved memories of Henry here, so that the family and other loved ones can always see it. You can upload cherished photographs, or share your favorite stories, and can even comment on those shared by others.

Brian and Sharon Argetsinger and Carol Brewster sent flowers to the family of Henry Hall.
Show you care by sending flowers

Posted Oct 13, 2019 at 11:44pm
Winni King Hansen
I will never forget Bishop Hall. He is the first bishop I remember and he set a precedent of caring for all to follow. I remember him looking at me with caring [and likely amusement at my sass]. I remember eggs for breakfast. I remember the talented Sister Hall. From all I can tell, DeeAnn, their legacy lives obviously on in you.
Comment Share
Share via:
LK

Posted Oct 09, 2019 at 12:46pm
I worked with Hank at Community Action for several years. What a fun person he was to be around. I treasure the memories I have of that time working with him. Sending thoughts and prayers of peace and comfort to his family.

Posted Oct 08, 2019 at 10:17pm
Sending our love and condolences. Hank will be missed but sweet memories will always be with us.

Posted Oct 08, 2019 at 11:53am
A friend from long ago, pleasant and funny, and enjoyable to be with. My recent attempts to re-contact with him has missed the opportunity by a short period of time. My loss, and sending the best good thoughts that I can. Goodby old friend. Robert D. Andeson
Comment Share
Share via:
NO

Posted Oct 06, 2019 at 01:22am
Senior Pasillo, I enjoyed our chats in Spanish. You were always a gentleman and I always enjoyed our conversations. You will live on in the hearts of those you've touched--Nora Overton
Comment Share
Share via:
LR

Thank you Nora!!! He loved chatting with you and your mom!! 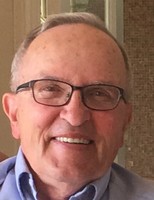 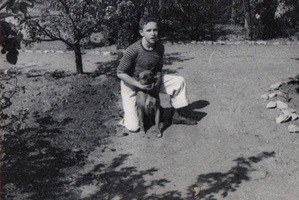 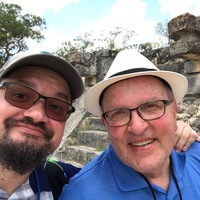 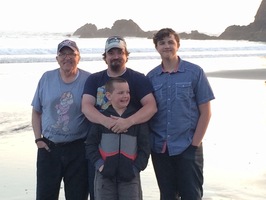