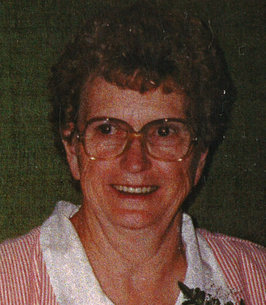 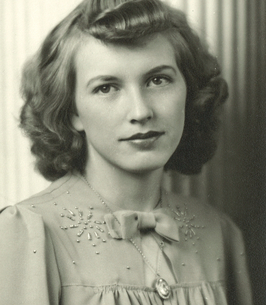 Share this tribute
Memorial Candles Lit for Fawn | SEE ALL
Light a Candle
"We are honored to provide this Book of Memories to the family."
— Fausett Mortuary - Price
Funeral Details Memory Wall Photos & Videos Send Flowers

Print
WELLINGTON – Fawn Henrie Davis Wilder, age 93, passed away on November 26, 2018 at the Beehive Home in Price, Utah. She was born October 25, 1925 in Clawson, Utah the 9th child of Lenora May Nelson and Wyler Daniel Henrie. She married Fred Leonard Davis, February 5, 1944 in Wellington, Utah. Their marriage was solemnized April 1, 1965 in the Manti Temple.

Fawn was raised in Clawson, Ferron, and Wellington, Utah. She was 22 months old when her father died. Owner of Fawn Café in Wellington for 10 years. She worked at Koret of California for 20 years, she was a talented seamstress.

She was an active member of The Church of Jesus Christ of Latter-day Saints, serving in many callings. She served with her husband Sy in the Manti Temple for 8 years.

We thank Beehive for their compassionate service.

Services are being held Saturday, December 1, 2018 at 11:00 am at Wellington 1st & 4th Ward building (47 North 100 East, Wellington) with a viewing being held prior to services from 10:00 – 10:45 am. A viewing will be held Friday, November 30, 2018 from 6:00 – 8:00 pm at Fausett Mortuary. Interment will be in the Wellington City Cemetery. Family and friends may sign the online guestbook and share a memory of Fawn at www.fausettmortuary.com.

We encourage you to share any memorable photos or stories about Fawn. All tributes placed on and purchased through this memorial website will remain on in perpetuity for future generations.

K(
I am so sorry to hear of Fawns passing. I have been out of town, and heard when I got home. I was neighbors with Fawn for quite a few years, she was such a special, caring lady. Her family are in my heart, my thoughts and my prayers. She will be missed dearly. Kathy Oliver Reid (Adair)
Kathy Reid (Adair) - Monday December 03, 2018 via Condolence Message
Share This:

JA
So sorry for you loss. This ends a great chapter in the Davis family, there is happiness now in knowing she is with your dad. Fawn is a great lady, I have many good memories with her. God bless you all!

CO
So very sorry to hear of Fawns passing. Fawn became family when she married Sy. It was always nice to run into her and visit for a bit. Hugs and prayers for the family. Connie & Debbie Oliver
Connie Oliver - Wednesday November 28, 2018 via Condolence Message
Share This:

PB
So sorry to hear of this sweet lady's passing! She was one of God's jewels in His kingdom. Condolences and love to the wonderful family she left behind!
Phyllis, Mike and Ruth Bradshaw - Wednesday November 28, 2018 via Condolence Message
Share This:

With all our love. So many memories of a beautiful lady. Donna Lee, Dixie and family and Denton and family.
The Johnston’s - Tuesday November 27, 2018 via Heartfelt Sympathies
Share This:
1
Page 1 of 1
Share
×

Share on Facebook
Send flowers to the family
Choose from beautiful standing, table and basket arrangements. Safe and secure online ordering.
View Flower Arrangements
What has already been purchased for the family?
Family Log-In