To share your memory on the wall of Derald Prettyman, sign in using one of the following options:

Derald was born on January 19, 1934 to Josephus and Martha Prettyman in Price, Utah. He married B... Read More
Derald Prettyman
On Saturday, May 8, 2021 Derald Prettyman passed away with his loving wife LaVerne by his side. He was 87 years old.

Derald was born on January 19, 1934 to Josephus and Martha Prettyman in Price, Utah. He married Beulah Haycock. They had six daughters together, and later divorced. He met and married LaVerne Everett in 1973. They were married for 47 years.

Derald and LaVerne loved to travel all over the country on their motorcycle. He loved his horses, mules and the trail rides with family and friends. He and his buddies – Dennis Lee, Mick Axelgard and Bob Hoggat were always on a quest to find Butch Cassidy’s hideout and trails.

He was an avid outdoorsman. He loved fishing, camping, and hunting. He later found a passion for panning for gold and rock hounding in Arizona.

Spreading of the ashes ceremony will be in the near future.

Services are in the care of Fausett Mortuary, friends and family may share memories of Derald and sign the online guestbook at Fausettmortuary.com.
Read Less

Receive notifications about information and event scheduling for Derald

There are no events scheduled. You can still show your support by sending flowers directly to the family, or planting a memorial tree in memory of Derald Lee Prettyman.
Plant a Tree

We encourage you to share your most beloved memories of Derald here, so that the family and other loved ones can always see it. You can upload cherished photographs, or share your favorite stories, and can even comment on those shared by others.

Posted May 10, 2021 at 04:27pm
I'm so sorry to hear of Daralds passing. He will be missed by our family. I am Dale Lee's daughter. I really enjoyed picking his brain about everything especially any thing about trails, history about places. He never forgot a trail. My last 4 wheel ride was with him my dad uncle Dennis and Bob Hoggott. We had a great day. God bless you all.
Comment Share
Share via: 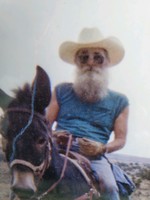