To share your memory on the wall of Danny Erekson, sign in using one of the following options:

Provide comfort for the family of Danny Erekson with a meaningful gesture of sympathy.

He served a mission for The Church of Jesus Christ of Latter-day Saints in the West Spanish American Mission (primarily in AZ and CA) from 1967-1969. After his mission he attended BYU where he met Emma Perry Burr. They were married on March 12, 1970 in the Manti Utah Temple. They later divorced.
Danny served in the U.S. Army from 1970-1972, stationed in Washington and California. He also worked for the LDS Church Farms in Provo, UT from 1972-1974 after which time he moved his family to Payson and began a long time career as a truck driver and mechanic. He also attended UVTI, now UVSC, for a time.

In 1981 the family relocated to Northern Wisconsin where the family resided until 1993, during which time Danny continued as both a mechanic and over-the-road truck driver. Upon returning to Payson in 1993, he began working for Schwan’s as a salesman and continued there until his retirement at age 70.

Danny married Patricia Williams Stephensen on January 16, 1999 in Payson and on January 21, 2000 they were sealed in the Mount Timpanogos Utah Temple.

He was an active member of The Church of Jesus Christ of Latter-day Saints and spent his life serving in a variety of callings. He taught his children to serve others as they accompanied him throughout their childhood. Danny found great joy in singing and sang with or conducted the ward choir for many, many years.

Family meant everything to Danny. He loved being a father, but found a special joy in his role as a grandfather and great-grandfather. It was important to him to attend family reunions and strengthen relationships with members of his large extended family. Being in the temple with his grandchildren was a cherished time.

DUE TO EXTREME ALLERGIES THE FAMILY REQUESTS NO FLOWERS.


In lieu of flowers, donations may be made to The Church of Jesus Christ of Latter-day Saints General Missionary Fund.
Read Less

We encourage you to share your most beloved memories of Danny here, so that the family and other loved ones can always see it. You can upload cherished photographs, or share your favorite stories, and can even comment on those shared by others. 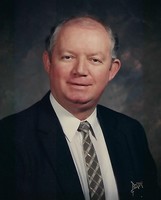